Memories of my aeromodelling life by Chris   (Part 2)

I flew a Graupner Piper Cub powered by an OS Pet 09 regularly, 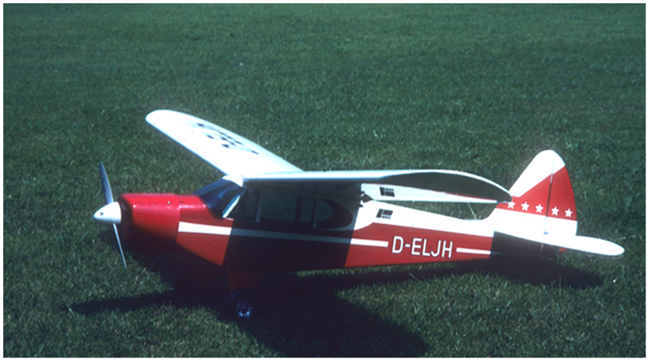 I built a new wing with flaps and ailerons and installed a tired OS15 which made it aerobatic (could even do a little knife edge). I used the original plain foam cored wing and the OS15 to make a flying boat which I landed on the canal. It wasn't capable of take-off from water, but it had a plug in U/C for beach landings. 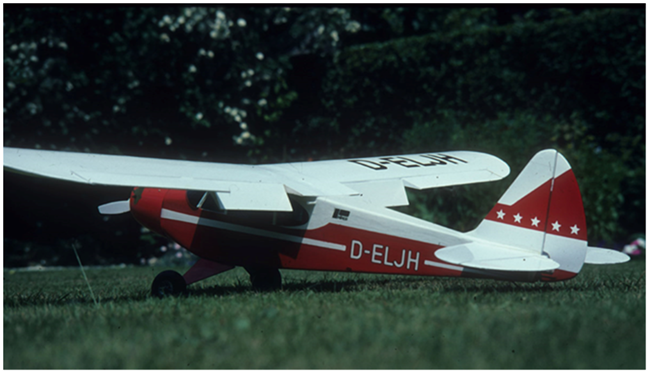 As a Spitfire fan I built a Cambria Spitfire with OS 20, it was so fast that it often took several attempts for me to throw it fast enough for it to get away. 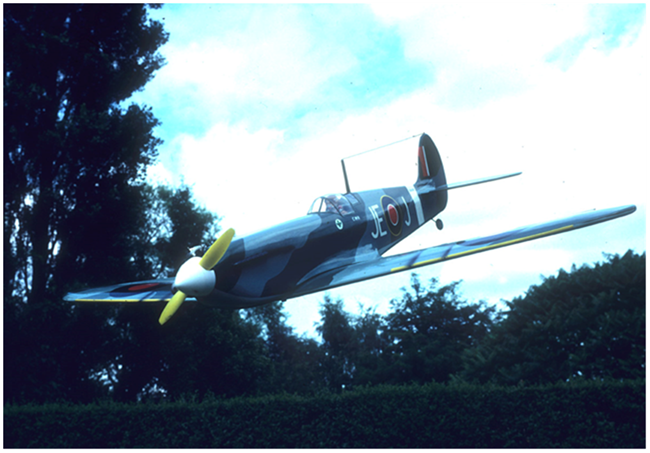 I built a replacement Spit from a plans company called Skyway with an inverted Cipolla 20 engine, but I could never get the engine to stay running once I turned it right side up so it's still in my loft. 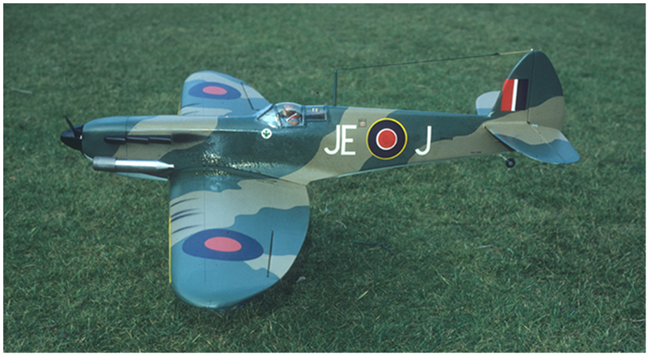 Svenson Mini-Boy (a scaled down Fly-Boy) flew beautifully with Snoopy in charge, on a Cipolla Master 20, but like the Fly-Boy it had a weak U/C. 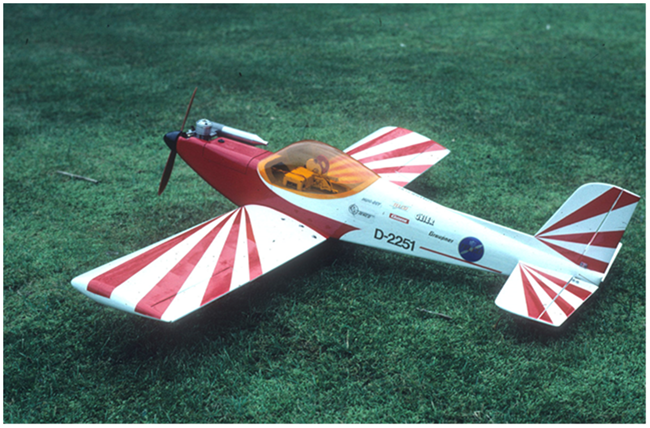 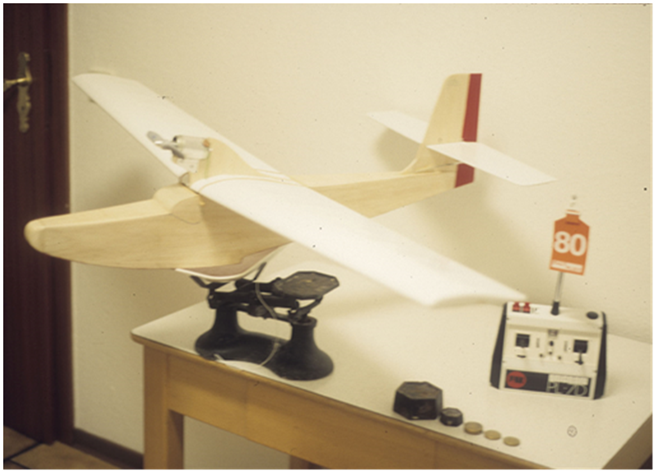 A need for something clean and quiet to fly from rough ground. 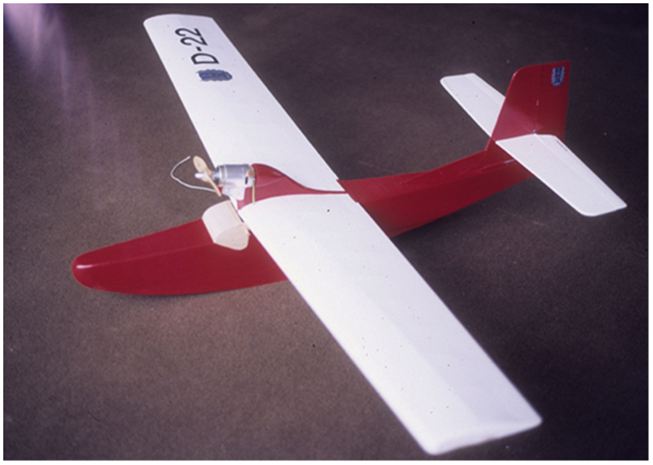 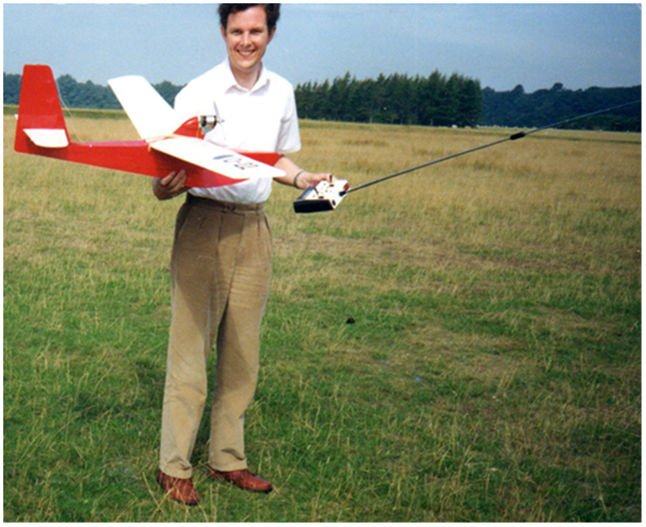 Just imagine trying to take this photo solo. Controlling the plane with one hand and taking the picture with the other. I didn't have an automatic camera then. 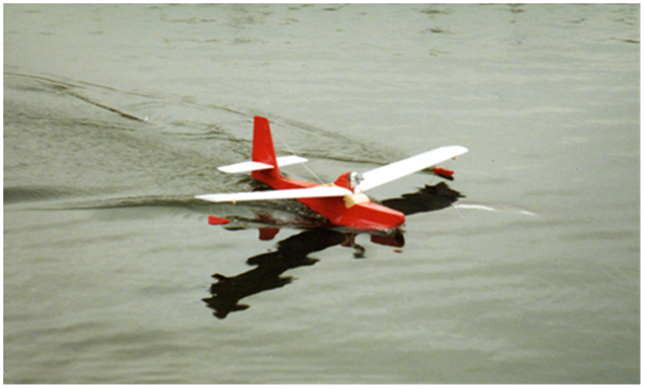 Maybe it could fly off water, but not with the Speed 600 and seven 1200mA NiCads. It needed a Cobalt motor ! 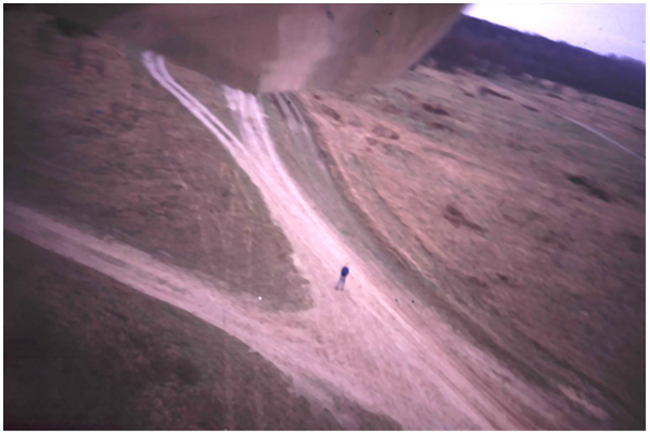 I installed a window in the fuselage of FB2 and took my first 35mm aerial photos.

A couple of powered parachutes followed for aerial photography and then a Vic Smeed Majorette, my first venture into Lite-span. Initially it was powered by a Speed 400 with a beautiful Aeronaut gearbox with helical nylon gears. Then onto a brushless Nippy motor which I could ROG. 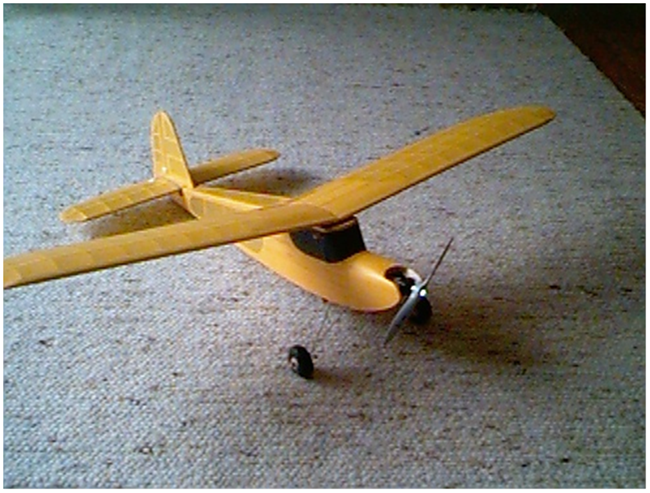 The same plane had a digital Kodak DC-01 camera mounted on the side, eventually upgraded to an Olympus mu to take video. 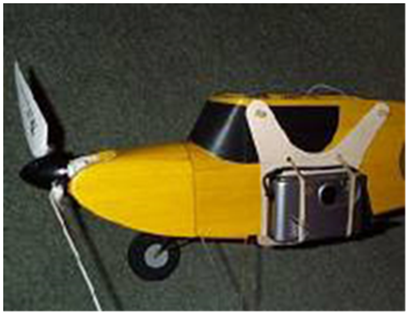 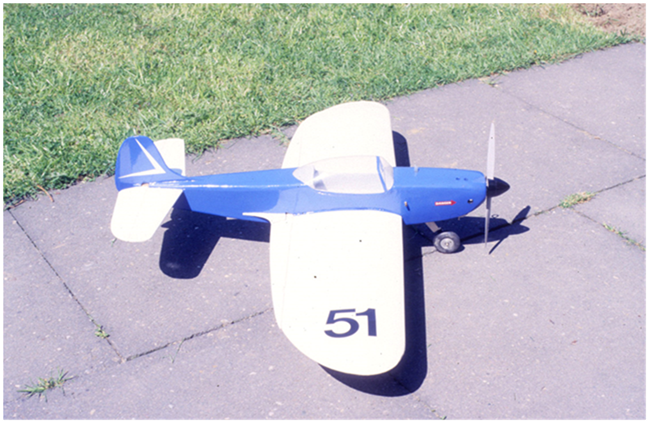 I never built the Gallatrol system but the booklet was an inspiration when it came out. 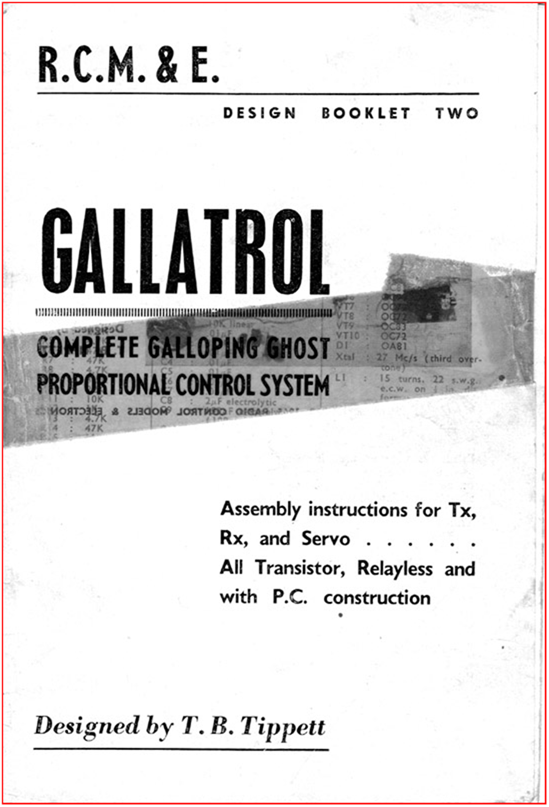