Memories of my aeromodelling life by Chris   (Part 1) 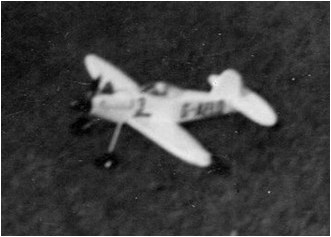 I started out in C/L in about 1964 with a DC Bantam, which wouldn't go, initially, in a KK Phantom Mite. 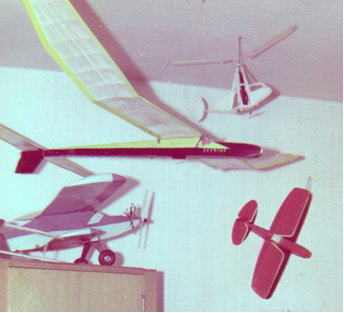 Then a F/F Caprice. (No starting problems)

and a rubber powered helicopter. 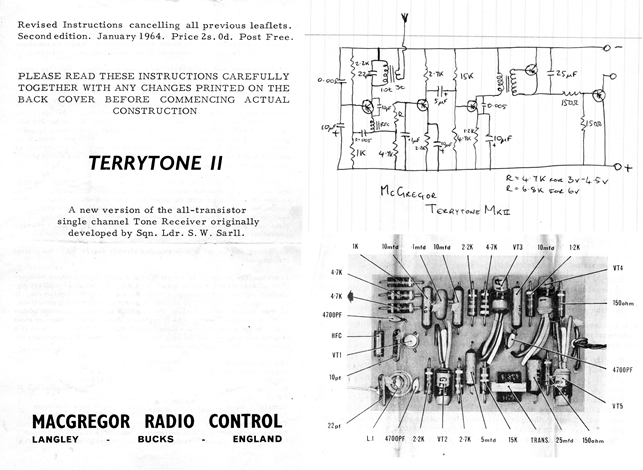 Single channel R/C was next with a homebuilt Macgregor Valve tx, (the battery cost a fortune. I made my own plywood case and borrowed a telescopic aerial from an old valve radio), a homemade Terrytone II rx and a Elmic Conquest escapement.

My dad said he had tried soldering and he couldn't do it. So I was on my own. I should have had a compound escapement, sequential ones were pretty difficult in my opinion. OS were making the Pixie and RCS were also making radios, but they were much too expensive for me, everything was homemade. 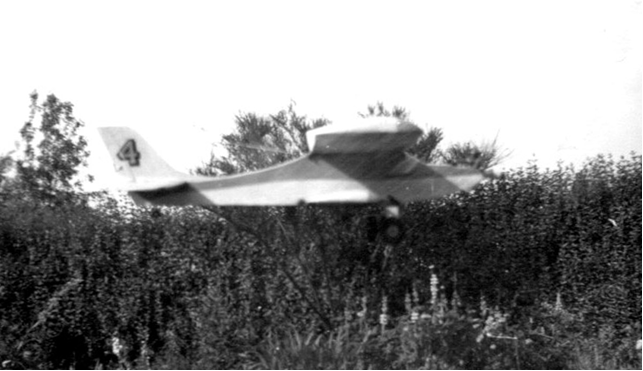 Aircraft I built for single channel - John Bowmer's Erk, Top Flite Schoolgirl, (left)  Bowmer's Swanee, Eric Clutton's Sharkface and a re-fuselaged, fatter Caprice. Surprisingly I had most success with the Wen-Mac .049 powered Sharkface, till I hit something. It was very fast. 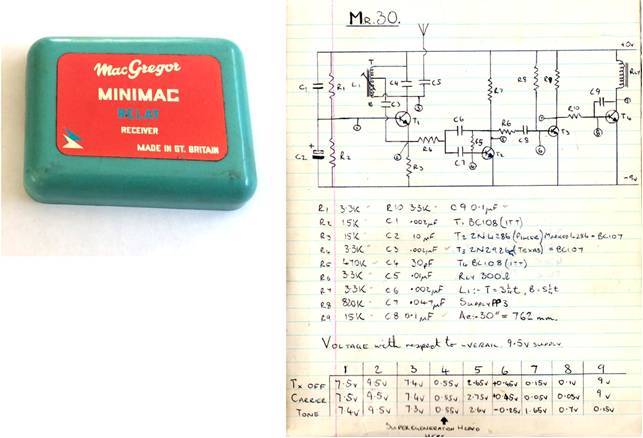 I moved up to ready a made Macgregor Transistor Tx with homemade pulser and Minimac 2 receiver. I drew out the circuit and took measurements in an effort to understand it.

I used the relay from the receiver, moved it to the tail of a Roaring 20. A thin piano wire soldered to the armature controlled the rudder directly. Powered by a Cox 010 it was successful, but very noisy. Bigger is more stable. I built a Veron Deacon, Mills powered, with pulse proportional rudder using a Mighty Midget motor, I was very pleased with the flight even though I landed on the roof of a cricket pavilion. 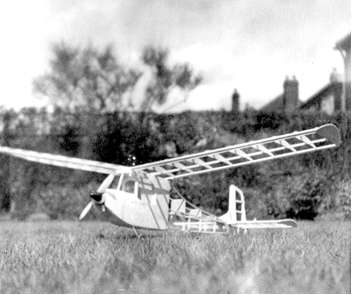 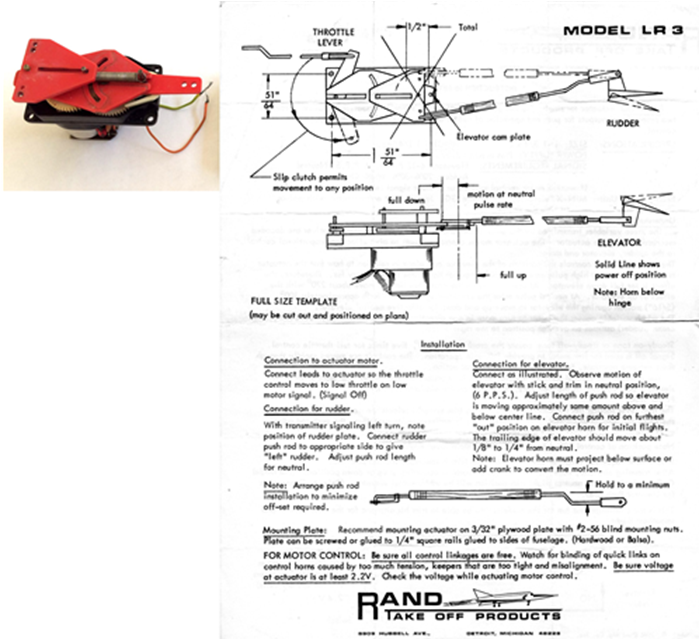 I liked the Roaring 20 (by Ken Willard) so much I enlarged it to 36" and it flew well with the Macgregor equipment, Radio Modeller pulser and a Rand LR3 GG servo which also operated the throttle on a Cox Medallion 049. 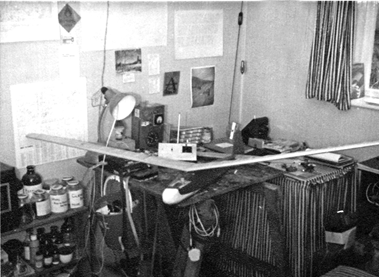 My first really reliable radio and model was a RCM plan Erin's Lass, bungee launched glider. Initially with galloping ghost and then with RCM&E homemade proportional radio and homemade kit servos. (1970) The first model that really went where I wanted it to go and landed at my feet.

Erin's Lass - modified to V tail with a mechanical mixer > 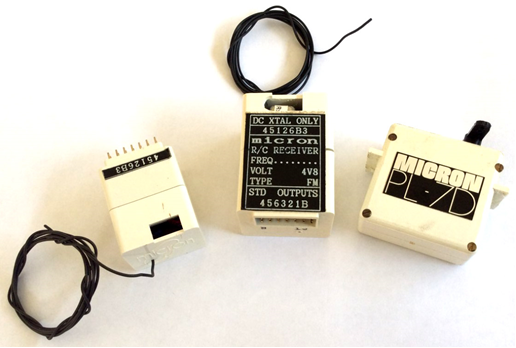 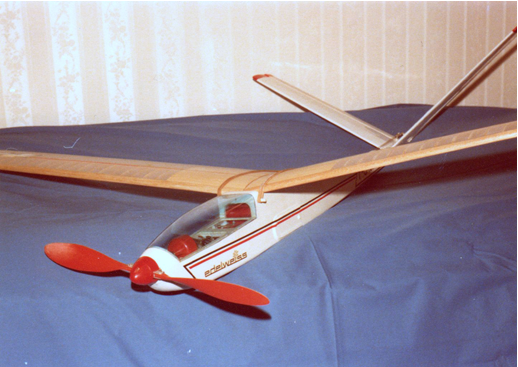 In the 70 & 80s I built Micron exclusively and I have never bought any of the ready made gear since. A Mini van for transport and slope soaring took over - Graupner Dandy, followed by a homemade soarer with the Deacon wing.

Robbe Edelweiss a huge V tailed glider and my first try at electric flight with its geared Speed 540, 7 Nicads and also without the prop it slope-soared well too.    >> 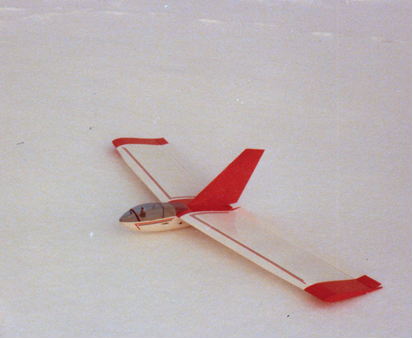 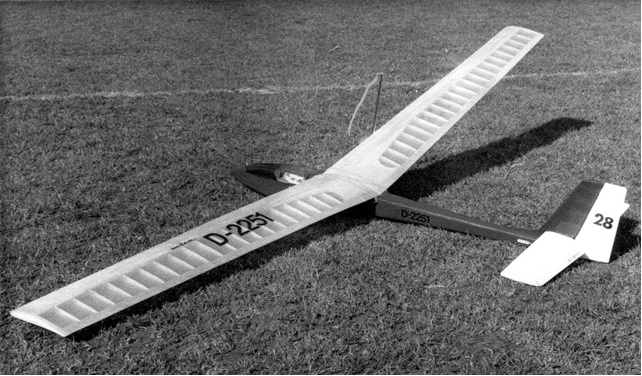 and a Carrera Milan (a reduced price kit because it had no fuselage plan), flew well off the slope and the bungee and still does. >